WINDOWS 10 THE PUSHIEST, MOST INVASIVE WINDOWS EVER!

Windows 7 was Microsoft's last broadly popular version of its flagship product, the Windows operating system.  That is the version of Windows most folks here in Hollywood or Beverly Hills use.  Windows 8 was a mess, Windows 9 does not exist, and we are now on Windows 10. Don't get me started on how stupid these product names are.  Microsoft has a monopoly on the Windows brand, and it is a big brand indeed.  They can pressure their customers because there really isn't another choice for a program that runs a personal computer (sorry Apple fans your market share is puny.) 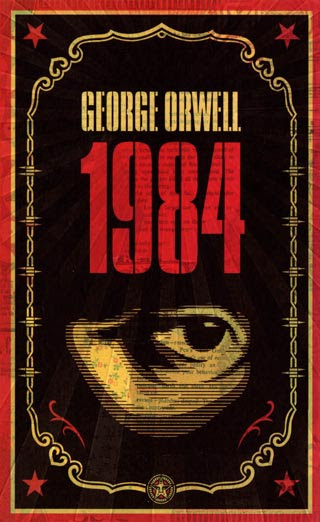 The problem with Windows 10 is the staggering amount of spying and manipulation it does.  Not even the Church of Scientology does so much spying!  Some of this behavior can be turned off but you have to make that effort yourself.  By default Windows is set to be maximum intrusive. That is because Microsoft GAVE AWAY millions of free copies of Windows 10.  If you aren't paying for a product then you ARE the product.

SOME OF THE THINGS WINDOWS 10 DOES

•    FORCED UPGRADING:  During the period Win 10 was given away for free Win 8/7 owners were constantly pressured to upgrade using some tactics that could be considered malware hacks.  My lawyer went to bed one night, woke up, and found that his two Win 7 PCs had magically upgraded themselves in the middle of the night to Win 10.  If you know what you are doing this upgrade can be rolled back in minutes, but most people don't know how or even if they should.

•    LOGS EVERYTHING:  It logs its users time on Windows 10 but also their time using Microsoft Edge... and gaming... and streaming games... and counting your search queries... and every single time a user opens a photo. Read the Windows 10 EULA (contract), privacy blogs and Error guides and you'd have no idea your images were being tallied or your gaming sessions logged and this separates it from rivals. At least Google, Facebook and Apple admit when they are watching.   Even your browser history (where you go on the internet) and your keystrokes are being watched. Microsoft claims this is to serve you better and make error reporting more robust. Uh huh.

•    INSTALLS ANYTHING IT WANTS:  By forcing updates on you and deliberately not providing much info on what the update does it can pretty much put anything on your PC.  And, although updates can be delayed, you can't prevent them from happening.

•    DISPLAY ADS IN THE START MENU

•    ANALYZES YOUR PERSONAL DATA:  Signing in with your Microsoft email account means Windows is reading your emails, contacts and calendar data. The new Edge browser serves you personalized ads. Solitaire now comes with ads. Using Cortana – the voice-driven assistant that represents Redmond’s answer to Apple’s Siri – reportedly plays fast and loose with your data too.   “We will access, disclose and preserve personal data, including your content (such as the content of your emails, other private communications or files in private folders), when we have a good faith belief that doing so is necessary to.”

•    CONSTANTLY TALKS TO MICROSOFT:  Even with all the intrusive features turned off as possible one researcher found Win 10 constantly is talking on the internet.  Eight hours later, he found that a completely idle Windows 10 machine had tried over 5,500 connections to 93 different IP addresses. 4,000 of these were Windows connections and 51 of the IP’s belonged to Microsoft. After leaving the machine alone for 30 hours, Windows 10 attempted connections to an additional 113 non-private IP addresses, which is akin to placing a sign on your network saying “now open to main in the middle (MiTM) attacks.”

•    SPREADS ITS PRIVACY SETTINGS ACROSS 13 DIFFERENT SCREENS: Just try getting all your settings straight with THAT layout scheme.  Was this done on purpose to make it hard to turn off spying? Of course!

For detailed instructions on how to deal with this spying and turn most of it off read the "Paranoids Guide to Windows 10."

EXPERTS ONLY:  For those who are experts at computers (and being paranoid) use this utility to get even more control.

For more go to MY WEBSITE
Posted by Unknown at 10:02 AM No comments: Links to this post